2022 FIFA World Cup in Qatar is opening many doors of opportunities for micro-mobility startups. Know the cost to build an e-scooter app in Doha, Qatar

E-scooters and other micro-mobility vehicles appeared in cities suddenly and in great numbers, creating challenges for government authorities as well as operators. But, after just 2 years of its first commercial run, operators, citizens and government agencies have successfully adapted the micro-mobility culture. And so, in the last two years, we have witnessed many micro-mobility startups which have raised millions of dollars and revolutionized urban transportation.

According to Mckinsey, stakeholders have invested a whopping $5.7 billion in micro-mobility startups since 2015. Mckinsey has also predicted that by 2030, the United States micro-mobility market will reach somewhere between $200 billion to $300 billion.

However, not all countries and cities seem fascinated by e-scooters. By citing the fatality caused by e-scooters, they either ban the e-scooters or impose very harsh laws. Many citizens and operators believe that the government’s efforts to regulate the e-scooter ecosystem or completely destroy it are useless.

Recently, BMW interviewed Wim Ouboter who first invented the kick scooter. In that interview, Wim Ouboter shared his thoughts on e-scooter and how significant it is for cities.

What does the founder of the first micro scooter think of the current trend of the e-scooter?

Wim Ouboter developed the first micro scooter or kick scooter in the late 1990s. When he was asked how did he come up with this visionary idea back then, he gave credit to his laziness. He was very lazy to walk from his apartment to his favourite sausage stand. So, one day, he came up with an idea to create a handy way to cross the ‘micro-distance’.

According to Wim Ouboter, the fun factor plays a major role in the field of micro-mobility!

When he was asked the reasons why his product became a global success, he quoted the 3 major benefits of the e-scooter as the reasons. He stated that handling an e-scooter is very painless, one can easily carry an e-scooter and its learning curve is almost zero. He further added that the important application of e-scooter is covering the last mile.

Mr Ouboter also explained how useful an e-scooter is for tourists. On e-scooter, a tourist can explore the city affordably and in a fun way. However, he seems a little worried over the lifespan of the e-scooter. He said that the average lifespan of an e-scooter in Zurich, Switzerland is 60 days and only 28 days in the USA. He then shared the reason behind short lifespan of an e-scooter which is Vandalism. He believes that vandalism is a consequence of the free-floating model. And thus, he encourages new micro-mobility startups to either opt for station-based rental systems or take necessary measures to avoid vandalism.

Lastly, when he was asked what types of cities can host the micro-mobility ecosystem, he revealed two factors to define the success rate of micro-mobility in a city. Those factors include the structural environment of the city and its economy.

Why should you build an e-scooter app in Qatar, Doha? 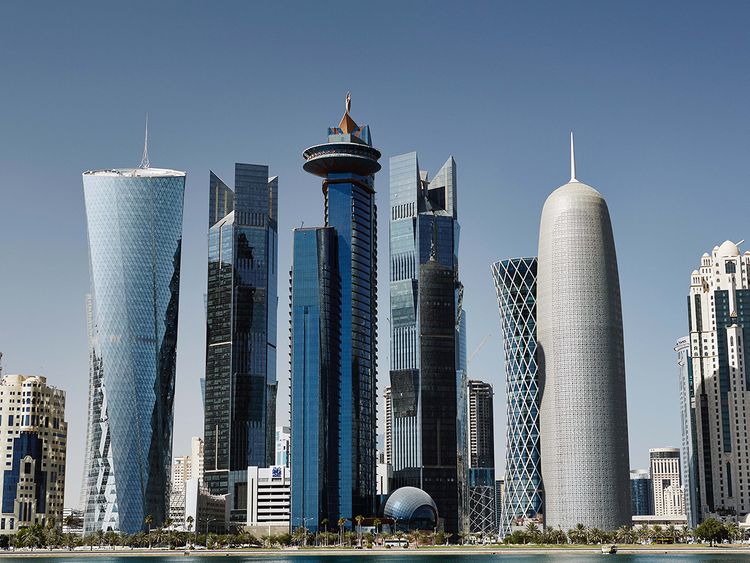 An e-scooter rental business is less likely to fail in Qatar because of the following reasons:

Whereas in many major cities of Qatar including the Doha, the footpaths are wide and people respect the rules. Talking about the dedicated bicycle lane, Qatar had more than 300 kilometres of dedicated bicycle lane which is expected to reach 540 kilometres by 2020. Meaning, an e-scooter rider can easily navigate through the city without causing trouble to himself and even pedestrians.

The economy of any country and cities of that country is very crucial for the success of any kind of startup. Because the high economy gives enough employment opportunities to people and thus, people can spend on services and products without thinking twice.

Talking about the economy of Qatar, it is one of the richest in the world based on GDP per capita. According to the World Bank report for the year 2018, the GDP of Qatar was $191.362 billion and its GDP per capita was $70,379. These numbers depict how easily Qataris afford e-scooter rental service!

As if this is not enough, Qatar is going to host the FIFA World Cup in 2022. Thanks to this global gathering which will last 28 days, Qatar is anticipated to witness largest-ever magnification in its economy. Additionally, more than 1 million people are expected to arrive for the month-long sporting event. With these 1 million people, an e-scooter sharing company can effortlessly build the great initial user base and give many reasons to citizens of Qatar to use e-scooter even after the completion of the event. (One of the most groundbreaking marketing techniques!)

How much can you earn by building an e-scooter app in Qatar?

You must be curious to know the money you will earn by deploying e-scooters on the streets of Doha, Qatar. So, here is the detailed calculation from our business experts who have worked with 10+ micro-mobility startups to define the profitable business models.

After reading so far, if you have successfully identified the opportunity to start an electric scooter sharing business in Doha, Qatar and how quickly you can break even, here’s the most affordable way to build an e-scooter app in Qatar.

How much does it cost to build an e-scooter app in Qatar?

Coruscate is the top e-scooter app development company which has developed 10 e-scooter apps for different markets, including an app named Falcon for Doha, Qatar. Since we have already developed an e-scooter app for Qatar, our business experts and app developers own a very purposeful knowledge to get a permit and add market-specific features. With this knowledge, they can make your business journey very painless.

To know more about the cost structures and get a personalized quote, please feel free to contact us. Our one of the senior business experts will welcome you with the free e-scooter app demo and free consultation.

How European e-Scooter Rental Company Tier Received $40Mn Funding? Key Features and Solutions that Helped the Company Stand Out + How to Make an App Like Tier + Create an App like Tier + Apps Like Tier + Develop Alternative of Tier

Build an e-scooter app in Jeddah and Riyadh, Saudi Arabia and be a part of Kingdom’s ambition to develop truly smart mega-cities

Cities in the Gulf Cooperation Council (GCC), including the cities of Saudi Arabia are witnessing many challenges of congestion, traffic safety, and accessibility for underserved populations. However, with the radical…

Before planning to build an e-scooter app, know how these 4 e-scooter startups are ensuring the safety of riders

According to Quartz, Eric Amis – a 20-year-old- was headed home from his hotel job in Atlanta on an e-scooter. He had just pulled out of the local metro station…

Economics of the e-scooter sharing business

The sharing of the e-scooters has been around since 2012. In 2012, a company named Scoot deployed the fleet of e-scooters and launched the first-ever e-scooter app in the city…

E-bike app development: Know top e-bike apps, features and cost to develop e-bike app, all in the one place, narrated by industry experts

All thanks to urbanization, more and more people are moving towards the cities and so, the existing infrastructure of the cities cannot cope up with the sudden explosion of the…

The benefits of big data are being popular among mobility startups. Know which are the challenges and solutions, before going for e-scooter app development.